In times like these, how do we live by faith? It has been over a year since the pandemic had put the whole world into a battle against an unseen viral enemy and caused all people to cope with the new normal. With millions of deaths worlwide and still thousands being infected, as well as the presence of natural disasters, how does a child of God keep the faith? How do we live out the eternal hope that Christ has given us especially when the path is rough? The MBC Utmost Films ministry presents the first of a three-part series that shows the testimonies of three brethren who strive to live out their faith in God despite the challenges they have been facing. Let us listen to the testimony of our brother, Carl Alenn Paras, a medical frontliner, in this segment entitled "Hamon ng Tungkulin".
We have oft been told that “The storms of our lives prove the strength of our Anchor.” Indeed, a child of God still encounters the downpour of trials in this earthly life. Difficulties are real, and so is suffering. Yet amidst the storms of life, we find great comfort and assurance that our Savior walks on water and delivers us from the depths. He commands the wind and waves. He calms even the storms within our souls. The very God Who parted the Red Sea to deliver His people is the same God who drives the dark clouds away and enables the just to live by faith.

​The MBC Utmost Films presents the second part of a video series on the church theme “Living By Faith in God’s Righteousness.” In this segment entitled “Mga Bagyo ng Buhay”, Teacher Pauline Dizon shares her testimony of faith on what the Lord has done during one of her life’s toughest challenges when Typhoon Ulysses happened. We will see, however, that this is not the only storm that God has helped her through.
SHOW LESS 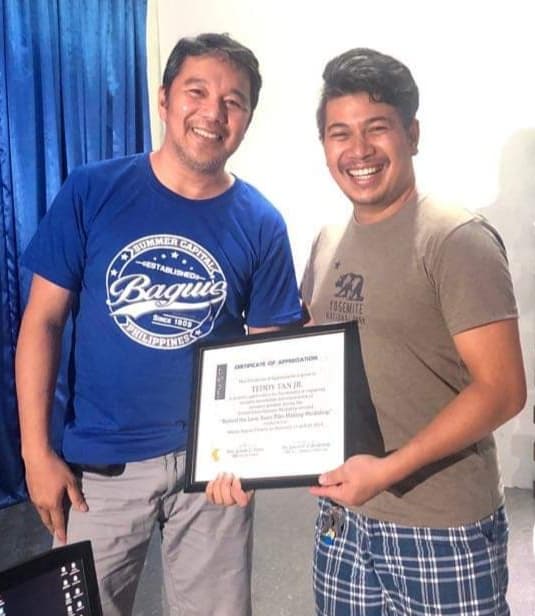 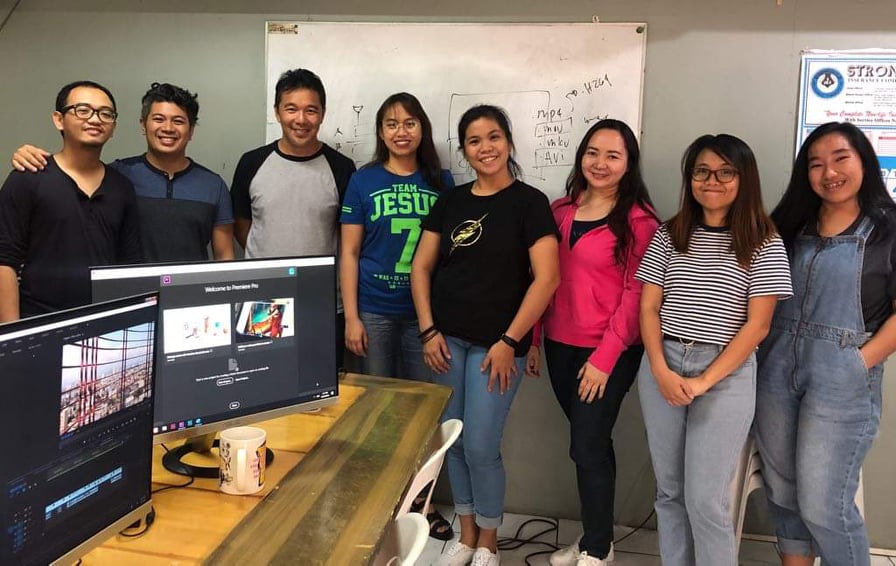 PICTURES IN MOTION – It was how a film was simply defined by Prof. Teddy Tan, Jr. of the University of the Philippines–Visayas during his talk on filmmaking and editing with the MBC Utmost Films (MBC UF) Team last February 16 and 23, 2019 at the MBC Mini-Theatre, 3rd Floor, Annex Building. The UF team, composed of church members who, while coming from different professional fields, are united in their desire to serve the Lord Jesus Christ and evangelize through the medium of film. Just last December 2018, MBC UF previewed its second project, a full-length film entitled “Faith to Forever,” following its earlier short film “Silid” shown in 2015.

Professor Tan, or “Kuya TJ” as he is fondly called, lectured on the basic elements and features of filmmaking. He started off with the brief history of making motion pictures abroad and how such form of communication slowly found its way into the Philippine setting. Film eventually became a prominent, convenient and efficient way of conveying stories and ideas to an audience. Kuya TJ introduced the different kinds of films ranging from narratives, documentaries and experimental films. He further showed several movie clips showing the evolution of filmmaking here and abroad. What started off from rigid black and white frame sequences has grown into crisp-colored videos with various cinematography settings and camera angles. Film script-writing has also greatly improved from the usual story line-ups to more modern narrations and twists.

During the second half of his lecture, Kuya TJ gave a run-down of the different phases in film production – the pre-production, production proper and post production. The pre-production phase entails a great bulk of the whole project as it involves numerous preparations including finalization of the storyline, assignment of production roles and tasks, storyboard conference, final casting, finalizing logistics/permits and location hunting, contingency planning and securing of equipment. He said that a good pre-production stabilizes and ensures the success of the production proper since the latter involves the execution of that which has been planned beforehand. However, most challenges occur during the production proper as some fortuitous occurrences may disrupt the flow of the whole shoot. Thus, the importance of having a Plan A to E (or even up to Z) is indispensable. The post-production phase often involves the bulk of editing and further review of any possible scenes that need re-shooting. Kuya TJ also re-apprised the UF Team of the essential roles of those involved in the production team such as the producer, director, scriptwriter, cinematographer, editor, logistics man, and equipment keeper.

Being a follower of the Lord Jesus Christ, Kuya TJ shared his own convictions and struggles as a Christian inside the secular filmmaking industry. However, he emphasized that film is a good medium of communication and that as Christians, we all have a great responsibility of effectively communicating the Gospel through this avenue. He also shared his constructive views and criticisms on “Faith to Forever” and how to improve in MBC UF's future film endeavors.
***